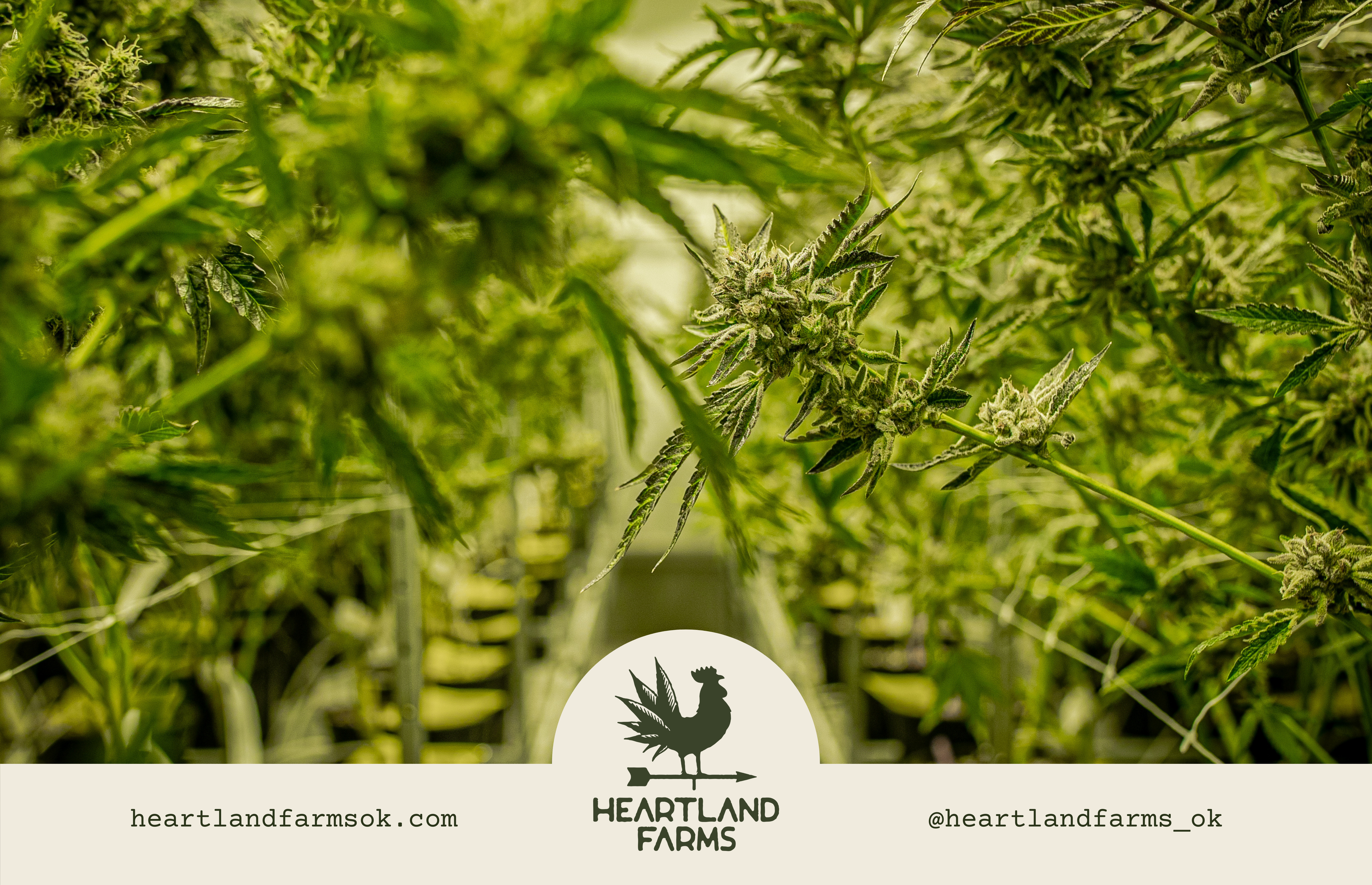 Where Does It End 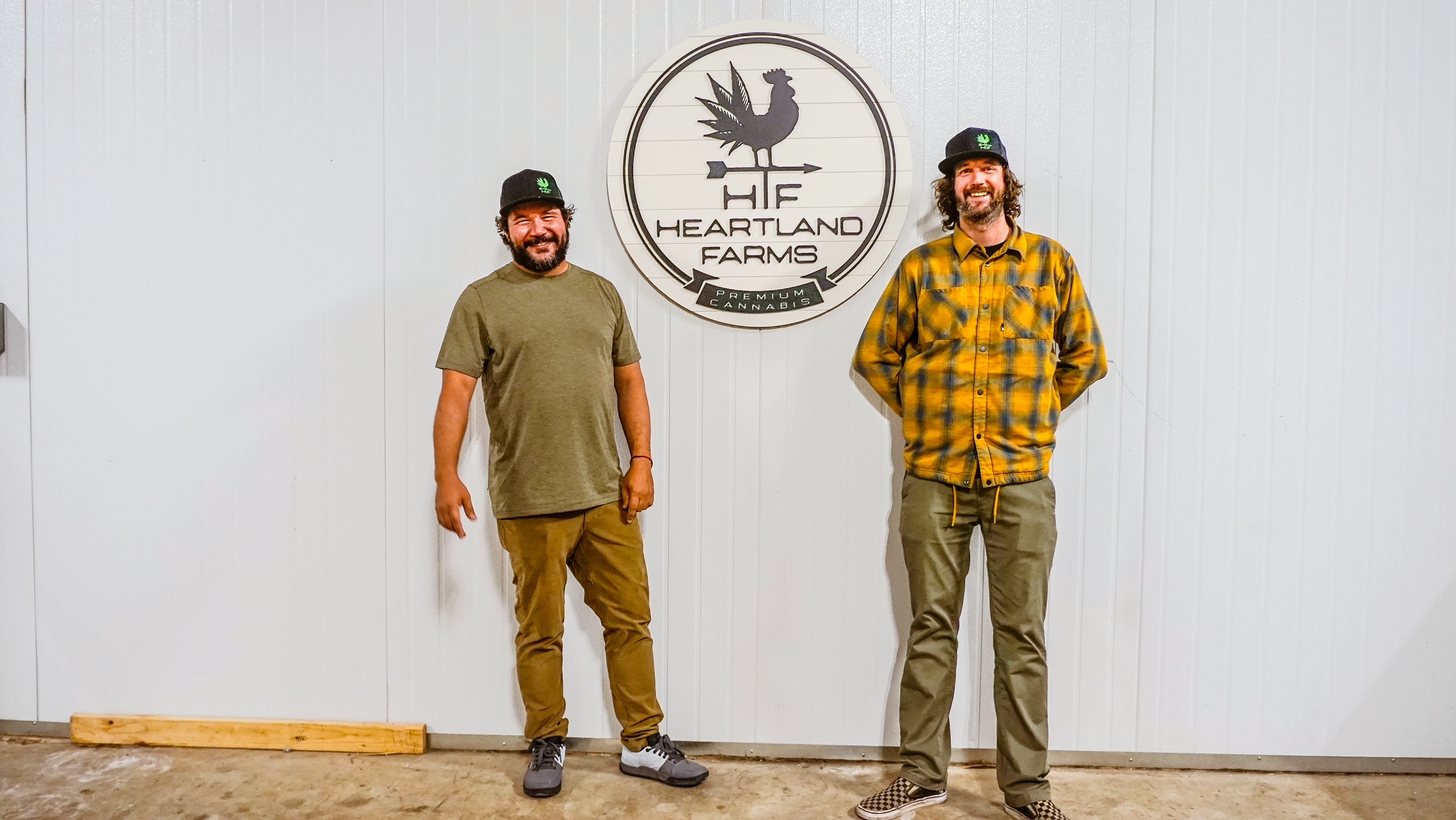 The rules are simple. No tunes and the conversation will be packed full of amazing attempts at philosophical exchange between two very unqualified thought provokers. I would definitely choose to travel with my friend and photographer Justen Christensen. However, little did I know… my ride along partner was, by chance, somewhat of a fanboy of the powerful Oklahoma original, and dominating nationwide company, Heartland Cannabis.

30 years ago Pat Dickey and Chris Elias made a pact. The pact was silent, but still they knew. They would be friends for life. Still to this day…they can look at one another in the eyes and trust in the sanctity of that relationship. Both can be extremely proud of a powerhouse company making waves in the cannabis industry.

As Justen and I approached the doors to one of the two facilities run by the operation, I couldn’t stop thinking about the Gelato. “Gelato 33 or something. You would not believe it. I love it man” Justen’s words were looping inside of my head. I just wanted to taste it.

We were both greeted at the door by Pat and Chris and some visitors from out of state. We instantly connected as they were visiting from an area that was literally blocks from where I had once lived. I collected a definite sense of a wholesome family and friends oriented company. There was this warmth about it. Like walking inside on a cold day into a warm room. Yet, it was hot outside that day. Still, I felt it. 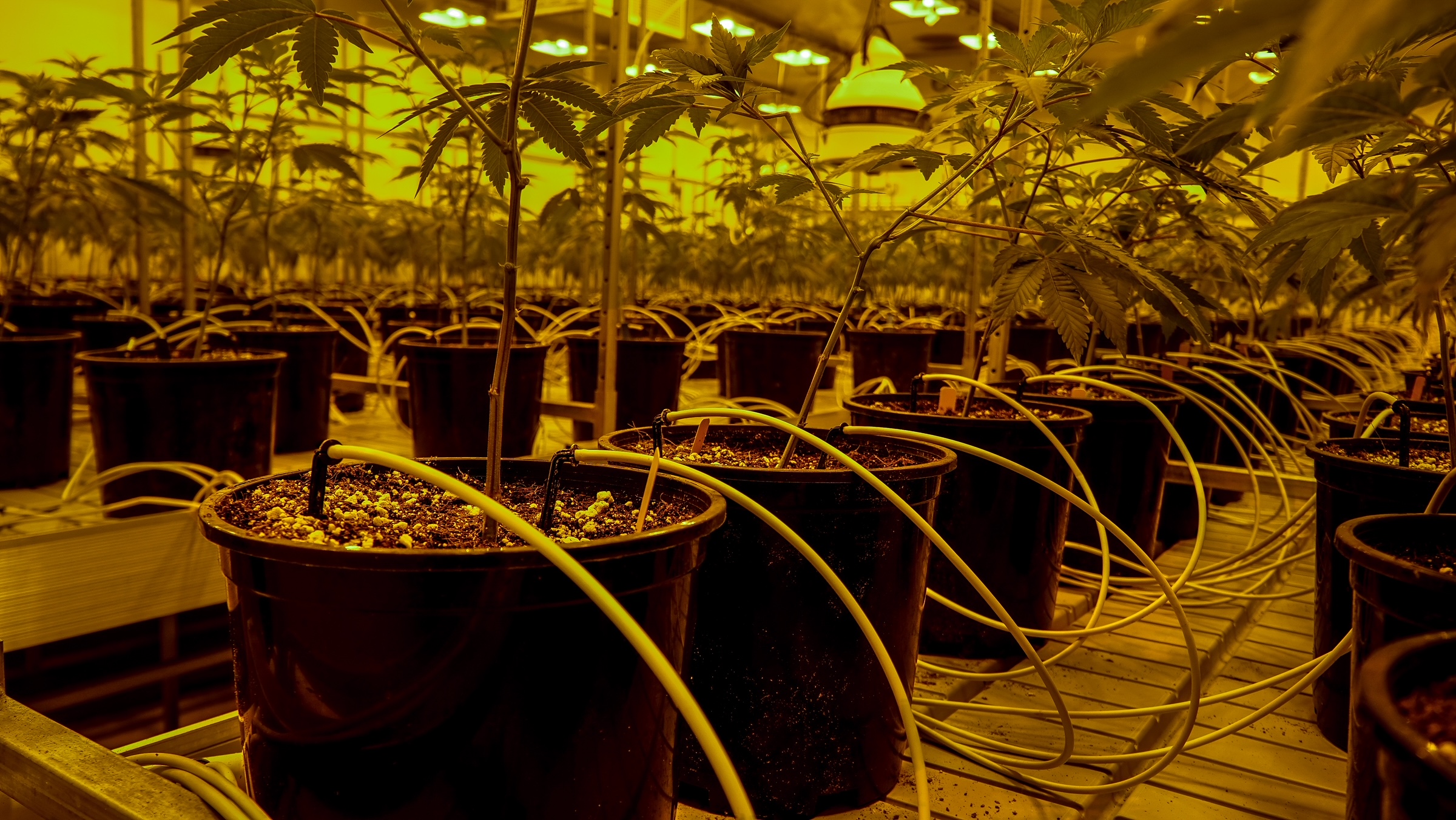 They asked us to follow them down the hall as we opened the discussion with casual pleasantries. I was waiting for a break in the nearly silent noise that was surrounding us as we made it down a hall with tiled floors. Thankfully I heard a voice.

“Who’s the deadhead?” My trusty photographer saves the moment with his never ending eclectic knowledge of things most consider quite intellectual and intriguing.

“Been at every show for the past 5 years bro,” both Pat and Chris were smiling as if we had turned a page. Discussions of past encounters with the musings of greats such as Dead & Company along with many others were being reminisced from the newly found friends of the same tune. We walked further down the long hall toward more doorways.

Pat smiled as he looked back at me. He had to have noticed the look on my face as I understood the enormity of the warehouse. I’m wondering how many of our readers have been inside of a 19,000 sqft warehouse. What I am more curious about is how many of our readers have, “legally”, been inside of a warehouse that large with 6,720 sqft of actual flower canopy. It makes for a nice afternoon.

We were fortunate enough to see the moms during the 18 hours of lights on before the 6 of sleep while doing their best not to allow the forces of nature to blossom their flowers of healing.
24 total strains are currently selected through a process that is often overlooked and uncalculated by many cultivators and business owners alike. Pat presented it to me as something very serious. You go into the situation knowing that 3 out of 5 usually won’t hit. 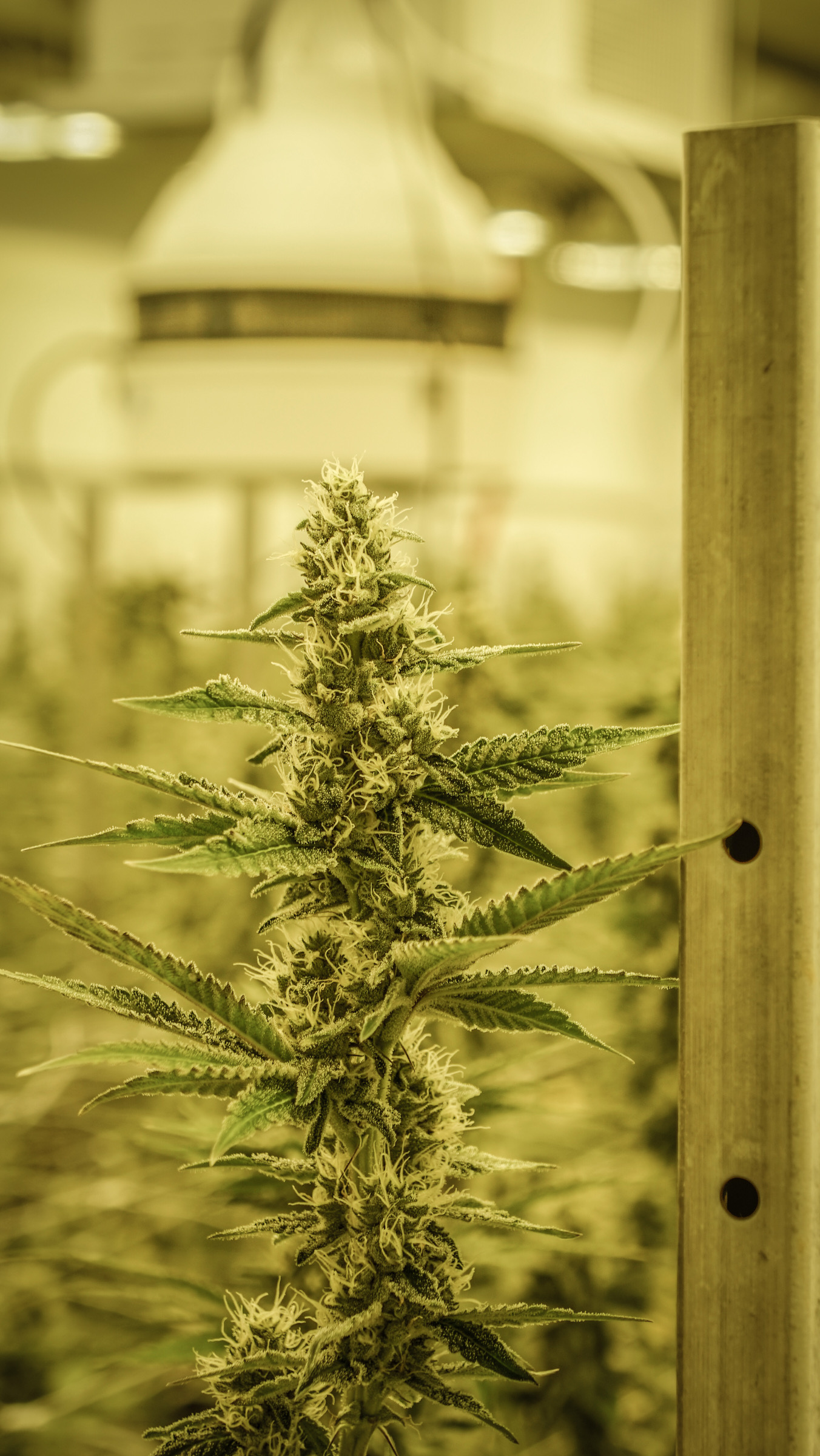 Chris talked about the hand trimming and presentation of the flower. The importance of every step as a whole. He noted that his trim managers go through and make sure there are no seeds or stems throughout the product. “Pure nug,” Chris said with a cheshire cat grin. I couldn’t help but make the correlation as he held out a cleverly crafted Heartland Farms branded burlap/plastic bag. I took a whiff.

“We already had the Gelato 33 from Denver and one from LA,” Pat was talking about whatever was inside of the package he was carrying. However, my focus drifted away from his words about the package as I noticed the unique structure, color, and overwhelming brilliant aroma coming from it. Even in this crowded room full of flowers I was captured by the most valuable player in the room that they called, Gelato 2. It was definitely unique enough to be on its own.

“Right now the traditional lime green strains like OG’s, etc… are not moving as quickly as the dark colors, and more developed strains. We kind of focus on what is different and unique, but also a little tried and true because they move a lot better.” Pat’s business mind revealed a great strategy.

It was at that moment I understood the duo’s roles. Pat was a great sales person for the company. He was extremely intelligent and a natural. He came across as someone that could possibly score very high on an IQ test as well as roll the fattest joint you ever wanted, then smoke a while for some good company.

Chris was a developer type and a cultivator. He seemed to me as the Wyatt Earp to his Doc Holliday. I sensed a foundation of sorts that they could both grab ahold of if ever any one of them felt alone in this business and in life. There was camaraderie and brotherhood which must have supported them to work with such a strong passion to keep moving forward. Not alone, but together.

We moved on through the tour of this enormous facility. I noticed the fluidity and the careful planning that must have taken place during the layout stages of the property.

Chris was very proud to show what they have been working with a crew of people that are “extremely talented.” He introduced us to fellow employees along the way, as if they were family members. Some even were! 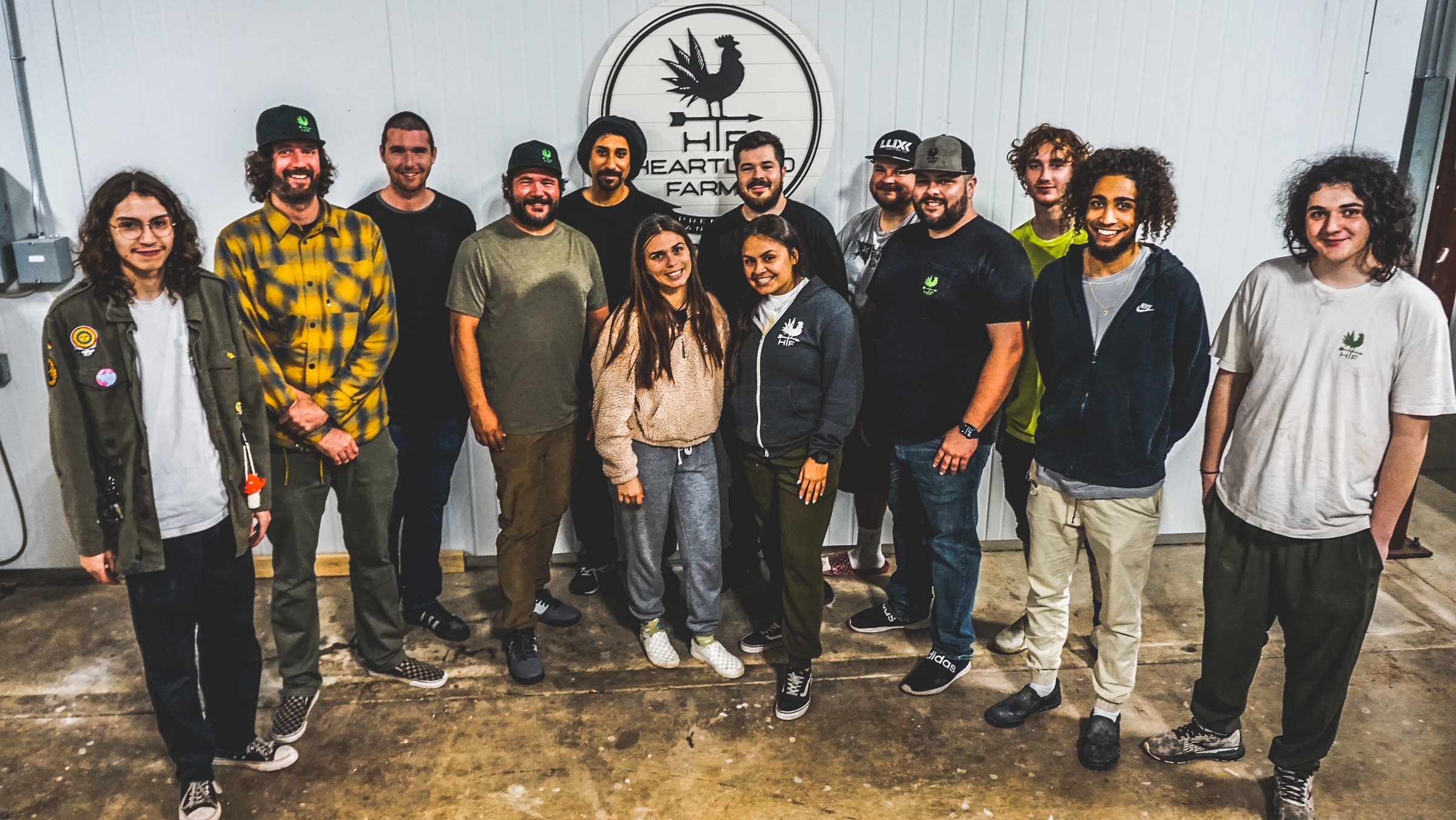 Taylor Elias is the nephew of Chris Elias. He doesn’t necessarily love being introduced in that way. However, it’s not for the loss of love for his proud uncle. Taylor runs the drying, trimming, and maintenance. The hardest part of the warehouse is the maintenance according to both Taylor and Chris. Some may disagree, however they were essentially holding the mic at the time. So…

Taylor seemed to know his job well. I was able to ask him about key performance indicators and he instantly schooled me in a course of curing I would have gladly paid tuition for. He loves working with the best team. He says it’s really not a matter of pay. He loves that they all wake up and work together to have the best day possible.

Chris glanced over with that cheshire cat grin again. “Tell him about the magic room.”

Taylor told a story about when he first started working in cannabis. He would walk by a specific room inside of the warehouse. He never went inside. He would always ask his uncle what was in the room. He thought of it as the “magic room”. He wanted to know if that was where his uncle kept all of his magic to grow everything. We all had a laugh.

Taylor said he knew there wasn’t magic. The room is a product storage room now. I wouldn’t necessarily agree with him. After he left the room Chris nearly teared up. It was a character trait I hope Chris never loses touch with. 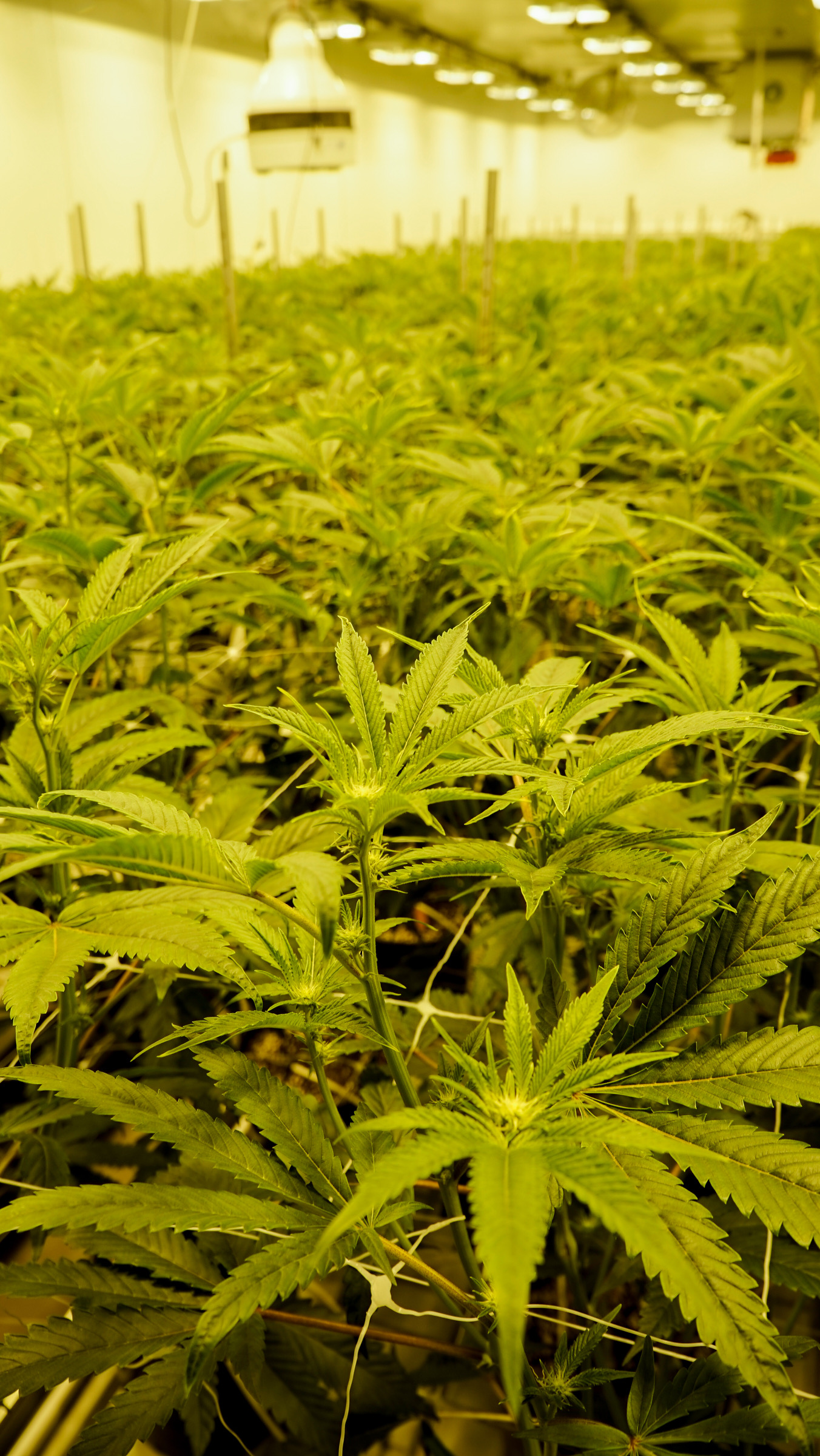 “We finally have our license, you know? There’s no more gray area.” Chris’s passion peaked a bit. “We have legitimate bank accounts. We pay all of our taxes. It’s very hard whenever you’re running into thousands of dollars in cash and attempting to track everything. It’s been a long journey. In many ways it’s been surreal.”

While listening to Chris answer my question of whether he missed the “grind”, I received a glimpse of what a natural entrepreneur looked and sounded like. He explained how he loved the blossoming of a business. He loves to plant a seed, get everything ready to be on a growth pattern of perpetuity, and watch the benefits that it has for all of those that touch it. It is rather poetic in my point of view.

“Sometimes I am so excited.” Pat seemed a little reluctant. “I’m so eager to tell people that I’m one of the owners of Heartland Farms, you know? I want to. However, often, I just say that I work here. It provides me, you know, with more real information. Honest opinions are easier to get good feedback when someone is talking to an employee rather than an owner.”

I sensed a moment of retrospect within Pat. “Our first grow was over by the Drillers stadium in Tulsa. We had two, 600 watt, HPS lights in the garage. This is like 18 or 19 years ago. We were so freaking excited about our first quarter pound of weed. Every year it just kept getting bigger and bigger and bigger you know?” Pat seemed to be reaching the point of awareness only privileged business owners achieve. “We went to Durango, Colorado and started doing a lot of outdoor cultivation. Our first green houses were very small, the second one was a lot bigger, and then the third one was huge. After that we went out to California to start commercial indoor growing . It’s funny to watch the evolution of this beast we developed and it’s been pretty sweet man.”

I couldn’t help but wonder if the two were where they wanted to be. Where was the finish line? Did it exist? Pat told me quite frankly, “We’re just going to keep producing exceptional medical cannabis to the best of our abilities. I don’t think we will be stepping back anytime soon. I’m still young. We both have a lot of years left to kick some ass. So I will see you in about 30-40 years. Then we’ll let you know.”