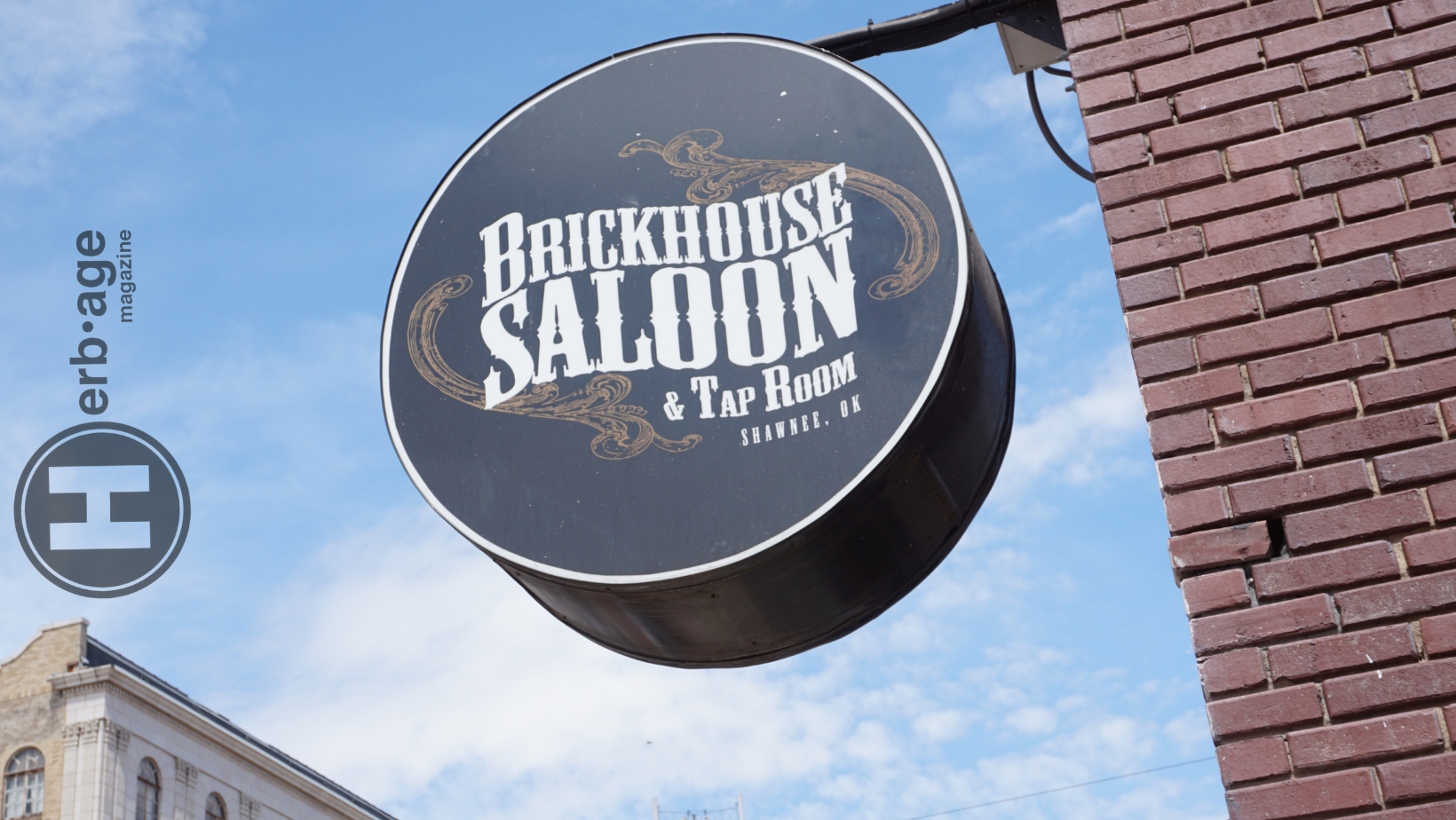 Driving into downtown Shawnee, the Brickhouse is kind of hard to miss. The large, red brick building stretches into the Eastern Oklahoma sky.

From the day it opened in 1910 the Brickhouse has been a mainstay of the business district in Shawnee. Now, more than a century later it’s considered a historical landmark. But Karla Jennings, the current owner of the Brickhouse, has not only revitalized the building but has a vision for it that its founders could never have imagined.
I would love to see it just be a welcoming place for the cannabis community, and hoping that they can feel comfortable getting out and feeling like they don’t have to be hidden,” Jennings said. “It’s all about coming out and not having the negativities of drinking, but more of the celebration of life and living and feeling good and being happy. I know a lot of people depend on that for the cannabis industry to fill those things, to be able to socialize without having anxiety and without having a lot of the things that come along with that, that cannabis helps with.”
According to historical records, the Shawnee Garment Factory was founded in 1903 to supply overalls to railroad workers for both the Rock Island and Santa Fe railroads. Their original factory was located at 324 E. Main.

But after seven years of operation, the owners moved the factory to the newly constructed building downtown at 113 1/2 N. Bell.

The ground floor was rented to retail businesses while the back, the basement and two upper floors were used to manufacture various garments, including Round House Jeans, which was named for the “round house” railroad repair station. The Garment Factory and Round House Jeans operated out of the Brickhouse for the next 85 years. It wasn’t until 1995 that the business moved to another location.

Up to that point, the building had been owned by the Nuckolls, Truscott and Antosh families. It wasn’t until 2014 that Jennings and her father, Travice, purchased the Brickhouse and became the next proprietors of the historic building.
“When we bought the building, there was already a business inside of it, So we bought the businesses also,” Jennings said. “That was Brickhouse Saloon. There was also a little hamburger joint and antique store downstairs. Eventually, I took over running the restaurant but didn’t like that. We started doing the remodeling. It has been a work in progress since the day we bought it.”

The building had fallen into disrepair throughout the years, so Jennings, Travice, and her brother Colton performed a complete restoration.

“We have taken it back to as original as we can get it,” Jennings said. “That is why people are so intrigued by the building. You can see all the exposed brick now. All the tin on the ceilings and all the wood floor. All that original fun stuff you don’t get to see very often anymore.”

Jennings said her main idea when they took over was to model in some ways after City Walk, which was a multi-level club in downtown Oklahoma City. It had five different clubs.
“I always thought that would be cool if I could do something like that with a big building,” Jennings said. “I have pretty much pulled it off now. Brickhouse Saloon has been the main business part of the building. We added a dance club right off the bat called Vibes. That is on the second floor. That was the money source for years.”
Heading into 2022 The Brickhouse was home to Brickhouse Events, Brickhouse Saloon, Vibes, Brickhouse Ground Floor and a karaoke bar, which are all under the Jennings umbrella. Despite running a variety of different businesses out of the Brickhouse, Jennings wasn’t satisfied. She had wanted to open up her own dispensary ever since it became legal in Oklahoma. However, her plans kept falling through.

Herbage Magazine recently moved its headquarters and studio in as tenants inside of the building as well.
“What had happened was COVID came around. My bar business, which is where my income comes from, suffered a lot. So, I panicked and said I don’t want to open my dispensary yet because I don’t know what my money is going to be like. “

After Jennings was able to reopen her saloon and things started to get back to normal, the idea of the dispensary resurfaced. That is when Max Pecina, Jaime Roman and Anthony Alvarez of Firework LLC walked into her saloon.
“These guys, they came into the bar. They had been in town working on some other aspects of the industry,” Jennings said. “We started talking and they told me they were in the marijuana industry. I told them I had been wanting to open a dispensary for three years.”

The trio told Jennings they weren’t really looking to open a dispensary at the time. Their focus was on other places. That didn’t faze Jennings and she made them an offer they couldn’t refuse. “I said come look at my vision anyway and let me give you a tour of the building,” Jennings said. “Everyone loves to look at the building. So, we went down and I started showing them all the things I had envisioned and my thoughts and what we could do. They were overwhelmed.” Jennings’s vision and the magic of the Brickhouse itself seemed to have an effect on Pecina, Alvarez and Roman and began to have talks with Jennings over the next few months as they all got a feel for each other.
“I just explained to them I already have thousands of people that come in and out of the building,” Jennings said. “We just have got to give them a place to purchase their medicine. I told them I want to provide a place where everybody can come together. They don’t have to go out and sit in their cars. They don’t have to go to allies where they get rained on. To smoke. They don’t have to be treated like their bad.
“I told them I want to provide a place where they can come in and have a large, friendly big room where they can partake and medicate and also have a good time. A full night of entertainment.”