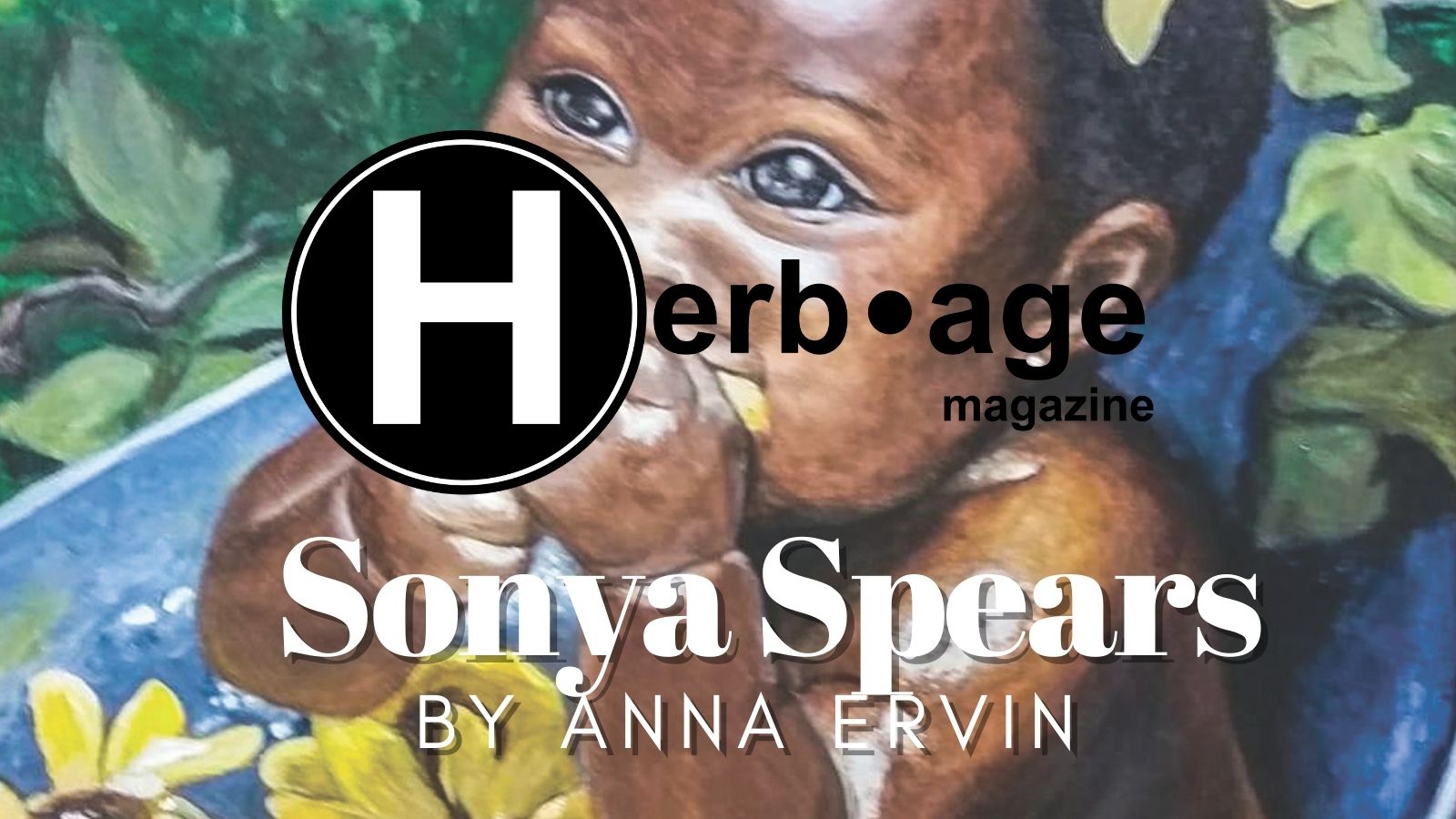 When I met local artist Sonya Spears at the Surf Bar in Shawnee, she was thrilled to have found another hangout spot with healthy options in her new community. Sonya had moved from OKC just before the pandemic and was only just now seeming to surface from the initial culture shock of small-town life.

“I came up here to Shawnee and it was like, ‘oh… I’m in the sticks. There is nothing here,’” Sonya laughed as she recalled her first impression of the city. “But it turns out that there is a tremendous culture hidden underneath. At the bottom of it there is humanity. I think I have found a great group of people here.” 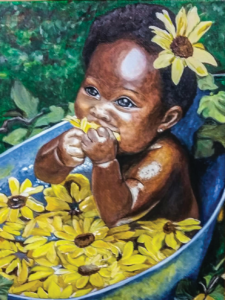 As she spoke, I noticed that Sonya carried an aura of both curiosity and compassion around her. I thought, this is the type of person who tries not to take anything in life for granted, the type who realizes how precious and unique each moment is. Someone who notices all of the subtle things in life, the little miracles that are happening to us and around us constantly.

I’ve met this type of person before, and I have many of them in my life today, so I understand that this deeper appreciation for and understanding of life doesn’t just exist out of a vacuum. Usually, some thing or event in their life has forced them slow down and shift their perception.

“Someone once told me that I am an outsider artist,” Sonya said. “I’m just self-taught. I didn’t go to college. I don’t have a degree. I just have a passion, and I love to study, and I love people. I just take all those little pieces of my love and I stick them on the canvas.”

“I was really interested in art in school, but when I jumped out into the workforce there wasn’t an easy opening. Oklahoma City was a competitive market. It just became one of those things where I’d say, ‘I’ll get to it, I’ll get to it..’” Instead, Sonya dove into the corporate world. She worked as an office manager for a medical billing company for nearly 25 years, until a severe stroke forced her to shift course.

“I was paralyzed,” she recalled, “but I took a year off to learn to walk and use my hands again. In recovery I decided to tap into that person I was that I had left behind. I went into my storage, and I blew the dust off of whatever I had left and pulled out all of my old art supplies. That is when Scott Barrett found me. He and Sabrina opened up the community gallery, down at the Shawnee mall.”

Eager to get back into her old craft, Sonya found herself right at home doing exhibitionist paintings for anyone who wandered into the gallery. At the time, Covid was making it’s way into the US, hurling Shawnee residents into a pandemic that many had not expected.

“There were a lot of people processing grief because of Covid,” she recalled. “They were losing family members, children, grandparents, wives… People would come by, and they would see that I was doing my best version of realism, that I was really trying to capture the essence of the person I was painting, and they would want me to bring their loved one back to life through that.”

As Sonya began painting Shawnee’s residents, she realized that she was chronicling the city’s healing time, as these individuals were working through their grief processes. “It was heavy,” she remembered. “All of the death, grief, and energy. I was absorbing it as I was working on it. I needed to take a break and do something fun.”

This is when she decided to shift her focus to painting celebrity faces, such as the classic stoner comedy duo, Cheech and Chong. “I have this series that I’m calling ‘The Smokey Dudes,’” Sonya told me. “Anyone that is iconic, I’m going to capture them smoking. That is the time when they have that light in their eyes and their smiles are genuine. It is really impossible to be a fake happy person when you have cannabis running through your veins.”

Later, Sonya took me over to Rob & Son’s dispensary, on the corner of 9th and Market Ave, where a few of her paintings from the ‘Smokey Dudes’ series were still displayed. “When people stop in to get their medicine,” she told me, “they sometimes take a piece of art home with them too.”

I asked Sonya what kind of role cannabis played in her painting.

“I was just an artist,” Sonya continued, “and Rob saw my work. I had no idea that there was an interweaving of art and cannabis. I take it for granted, but here I am sort of being a part of it.”

“There are some occasions,” she began, “when I will find myself in a place where I have creative’ block, or hit a wall. Where the paint or the brushes won’t work, or the humidity is messing with me – I really think that a lot of times it is an internal thing, I’m not functioning. Cannabis takes a lot of the static out of the equation.”

Sonya hesitated before carrying on, as if she was trying to decide if she could trust me with what she wanted to say next. “I really feel that when I’m in that state of mind, when I am dancing with the cannabis queen, I feel like I am closer to Spirit. As if I am it’s conduit for creating something, but I can’t really tap in unless I have this great connection with Spirit.”

“Cannabis takes me there,” she continued. “It blocks out all the stuff that doesn’t really matter: anxiety, depression, insecurity, feeling like I don’t really have what it takes… That stuff can get really loud, but cannabis will hush the negative that is rolling through me. It’s beautiful.” 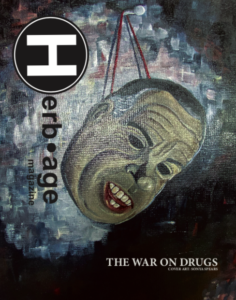