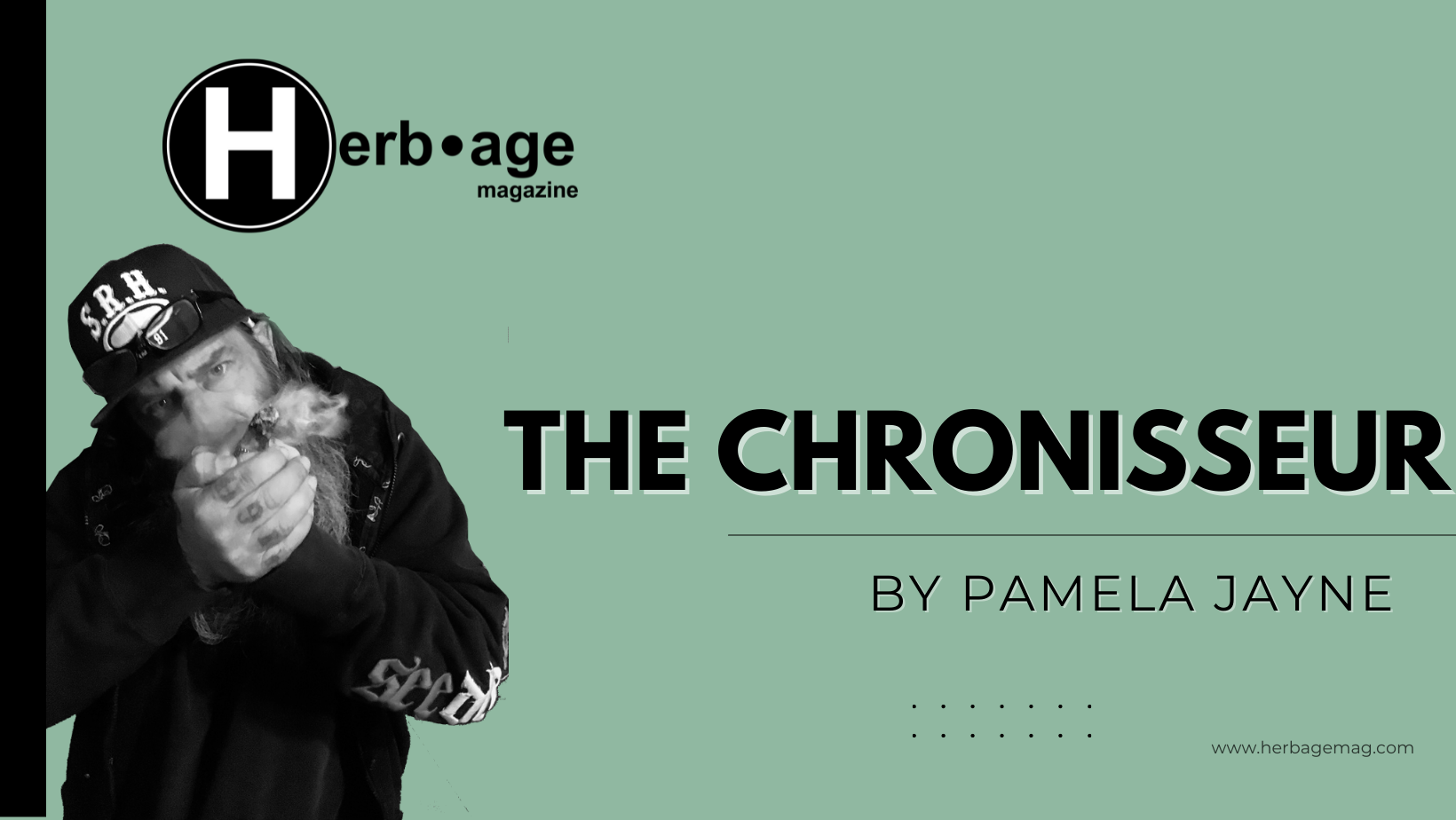 12 years and 1300 miles ago, before dabs existed and the idea of legally growing and using cannabis in Oklahoma was inconceivable, The Chronisseur debuted in Nug Magazine, a west coast cannabis lifestyle publication. At the time, Hopper was the founder of a referral-only medical cannabis collective in his hometown, San Diego, California. That was just a small part of his now 30 year career in the cannabis industry. He has been growing since 1989, has traveled the world as tour manager of Kottonmouth Kings and created the strain Kingsblend for them, grew the cover of High Times, was a weed tech for Cannabis Culture magazine before there was such a thing as a “cannabis stylist”, and a litany of other accomplishments that fill out the stoniest resume you’ve ever seen.

Part strain review and part insight into the current state of cannabis affairs and lifestyle, focusing mostly on local happenings, The Chronisseur was, and is, all about the love of the plant and the lifestyle it inspires. Now that Hopper is officially an Okie, The Chronisseur has found a home here at Herbage, where he will be reviewing strains and products from across the state each month.

A lot has happened since the last installment over a decade ago, but as much as things have changed, they have also stayed very much the same. Cannabis is still healing bodies and minds and uniting people from all walks of life, but it is not without challenges as the Oklahoma cannabis community navigates a Green Rush that has attracted national attention.

The local industry has sadly, but not surprisingly, been infiltrated by far too many get-rich-quickers and laughably inexperienced “master growers”, and will rely on its OGs to retain credibility and avoid implosion as the mainstream comes knocking. Hopper, despite his unfuckwithable credentials, insists that he is just an old school stoner who loves weed, and is grateful to be a part of the Oklahoma cannabis community. These days he’s one third of RX3 with partners, Ron and Johnny Richter (formerly of Kottonmouth Kings). They, along with another partner, Dusty, own R3m3dy Gardens in Tecumseh, an indoor and outdoor facility that focuses on both hydroponic and organic cultivation. Hopper also produces RHO (Rosin Hash Oil) a highly potent solventless concentrate that he created while living in Humboldt County, California. After turning down a few job offers in the Oklahoma market, Hopper knew the time was right to finally make the move when he and yours truly found out they were expecting a baby…not long after his 50th birthday.

Oklahoma has opened its arms to Hopper, and he is grateful for the warm welcome he’s received. He has been truly impressed by the cannabis community here, and loves seeing such genuine excitement in an industry that has become jaded over the years in other states. He recognizes a real culture being born here and is excited about his place in it and proud to be a part of it. Whether it’s in the garden, at the rosin press, at an event (He’ll be at The Brickhouse in Shawnee on 6/2 for the King Klick and Blaze Ya Dead Homie show), or right here at Herbage, Hopper is adamant about shining cannabis in a positive light and looks forward to connecting with others who feel the same way, so if you see him out and about, come up and say High!