What bills will become law and how will it change the industry? 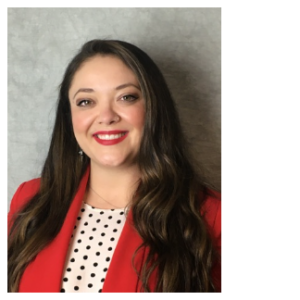 Every year, Oklahoma legislators propose bills for our state congress to consider in hopes of creating new laws. Since the passage of State Question 788 in 2018, hundreds of bills have been proposed pertaining to medical marijuana, but only those that pass both the House and Senate and are signed by the governor actually become law. The Second Regular Session of the 58th Oklahoma Legislature is scheduled to convene on February 7, 2022. Legislators had a deadline of January 20th to introduce bills they want considered this session. This year over 100 bills proposed relate to regulation of medical marijuana. Next, they will be debated, voted on, amended, and could potentially change the landscape of the cannabis industry by the time the Legislature adjourns on May 27. Between now and the end of May, I will be following cannabis related legislation in Oklahoma as these bills make their way through congress and share my findings with you each month.

HB3019 – would do away with opaque product packaging requirements, instead requiring dispensaries to put products in opaque “exit packaging” upon purchase.

HB3634 – would create a new “Medical Marijuana Wholesaler” license, that would allow for the purchase and sale of products on behalf of other licensed businesses in the state. Wholesale licensees would also be subject to seed-to-sale tracking.

HB3734 – would create a temporary medical marijuana business license for dispensaries, grows, and processors, requiring all those seeking licensure to first apply for a temporary business license. The license would be valid for 180 days while applicants seek annual licensure. Applicants would also be expected to submit more information than previously required, including information about sources of funding, ownership of property, security, power sources, water diversion plans, cultivation plans, proof of insurance, and other information OMMA requests.

HB3742 – would penalize growers who abandon land used for harvesting marijuana crops without restoring it to its previous condition.

HB3754 – would create the “Oklahoma Adult Access to Marijuana Act” and outline regulations for the recreational purchase and use of marijuana by individuals over the age of 21.

Next month, I will share some of the bills proposed Oklahoma Senators and provide an update as to what bills look to be moving forward – and which ones will likely die before the end of the session. Between now and then, please feel free to reach out to me if you would like a complete list of proposed cannabis legislation or have any other medical marijuana legal questions!