Down & Dirty with Comanche Compost

I was reminded of the Legendary Comanche Chief, Quahna Parker. The Comanche Chief is forever anchored to the rugged land in both family name and in legend in Parker County, Texas.

David started Meyer Materials in 2006. “It’s evolved from my passion with soil and agriculture.” David explained. “We were at the time purchasing farmland and developing it into wetland restoration habitats. We found a property in Fort Worth that we really thought had potential. We eventually started to realize that there were many opportunities to recycle commercial generated food waste such as daily yogurt.”

The team developed a system that would extrude the yogurt out of the fully palletized products deemed to be off just a bit off because of quality assurance. The process allowed them to grab that bulk yogurt, recycle the plastic containers, meanwhile saving the yogurt for repurposing. The yogurt then goes into their composting process. Now that process is used for repurposing. This gave them the ability to add it to manure or alfalfa bedding which is used for example in various rodeos and stock shows.

Their Fort Worth, TX property had a great deposit of sand, salt and clay. “We started to combine that with the various organic inputs to create something really awesome.” David was smiling ear to ear. “Our select product got into the major landscaping side of the business. We got into garden centers. We stepped up our game, in terms of what we were developing, in the way of potting soils and garden soils. We got into high-end compost product backed products for the retail sector.” David took a breath.

The company slowly made their way into the cannabis sector. “It started with the Humboldt Seed Company”, David admitted. “Those guys approached us to develop soils around the seeds that they were trying to pop here in Oklahoma. They were breeding here. They came to me asking about different amendments that they could use for their outdoor grow facility.  They were obviously interested in the compost, but they are also interested in our soil manufacturing capacity.

The Comanche Compost Co. has many capabilities, including taking in peat moss, perlite, core, and things of that nature. By combining these high-end performance propagation tables they are able to achieve the highest performing soils in the region.

“David and I both have a mutual passion for agriculture”. Sage Howell is the Director of Education and Product Research for Comanche Compost Co. “I was growing in a 30000 square foot GreenHouse in Toledo for Fresh Point, Cisco, and Hellofresh. I was developing these vertically integrated propagation systems and hydroponic systems for food. Once I had mastered that, all my focus went to one thing. How can remediate this 19 acres by the Clear Fork River estuary to be an organic farm? So I started to figure out that my cost of inputs was going to exceed what the returns were in terms of food. So I started calling around. I even went to Dublin Texas to work with dairy farms and learn how to make my own compost. I started to get alfalfa from other farms just to make my own compost.  Then I met David. He was really curious what I was up to because I had been calling a bunch of materials people in the industry. 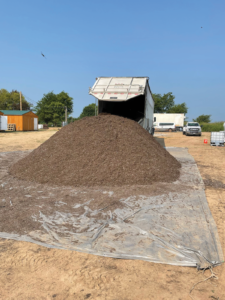 It was at this point the two forces would meet. David called Sage and invited him to lunch.

“I have some worm compost you may or may not be interested in but I need to learn what you’re doing”, David’s curiosity would not allow for anything less.

“We hit it off.” Sage smiled and glanced at David. “We spent at least 2 and a half hours discussing the finer points of using bacteria and waste products like coffee grounds. We spoke of turning it into something that could be of value. A product to be added to an agricultural list for a farmer or just somebody that wanted to be certified organic, but didn’t have the means to go buy nutrients from Michigan or Canada or Oregon. We discussed doing it domestically and locally by taking waste streams and turning it into a commodity. Turning soil into a vegetative crop. David approached me with the Comanche Compost and we just ran with it.

The two passionate innovators decided to build out soils that produce organic flower buds, terpene and cannabinoid profiles that positively impact the landscape of commercial and home growing in the cannabis industry.

I asked Sage about living soil. “So there’s a big importance, and this is something that you learn on a commercial scale. In Hydroponics you control every single detail from the microbiome in the soil horizon, your water, all the way through the plant being harvested. With living soil, you are not controlling the bacteria load that’s in your water, but you’re allowing it to mimic nature in a soil horizon zone. You’re mimicking the ability to have nutrients cycling through bacteria in your soil by utilizing either a beneficial bacteria microorganism inoculate, which we achieve with our compost. We’re introducing something like yogurt, but we’re letting natural bacteria be alive and present. This versus a sterile compost or a sterile soil is the difference between living organisms living soil and sterile soils. You’re trying to force feed your plants whereas in living soil, the roots interact with the bacteria.” 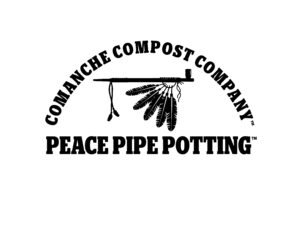 Sage clarified, “In my opinion it’s a fact that living soils are producing more beneficial plants and good medicine because you’re depending on nature doing its work versus you controlling every aspect of nature. So you know it’s good to have a little bit of the mystery of the soil, but when bacteria and microryza do the work the plants are happier that way.

David talked more about the opportunity to join both worlds. “It’s rather invigorating to know that you are on the cusp of something so interesting that it could change how patients and enthusiasts receive their medicine.” David’s passion was permeating.  “I’m proud to say that we continue to push forward this combination of our coffee grounds and a formula that was developed by American Plant Food Texas A&M and ourselves through very extensive studies. We desire to meld the scientific with the organic so it does offer some kind of a medium that works to the best of it’s abilities within the shortest amount of time.” 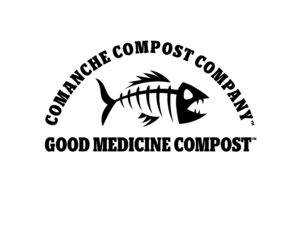 Organic composting and the overall complexity of the soil industry is an ever evolving thing. I myself have to do nothing but agree with the methods that are being set in place by Comanche Compost. I have full confidence that outstanding terpene profiles are being produced from their soils. Customer relations in Oklahoma, Texas and the region seem to only rave about what Comanche Compost is building and what kind of materials they are putting into our compost and their soils. 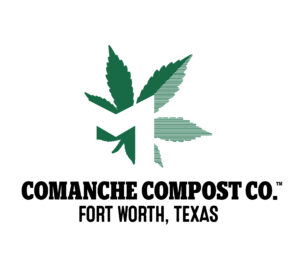