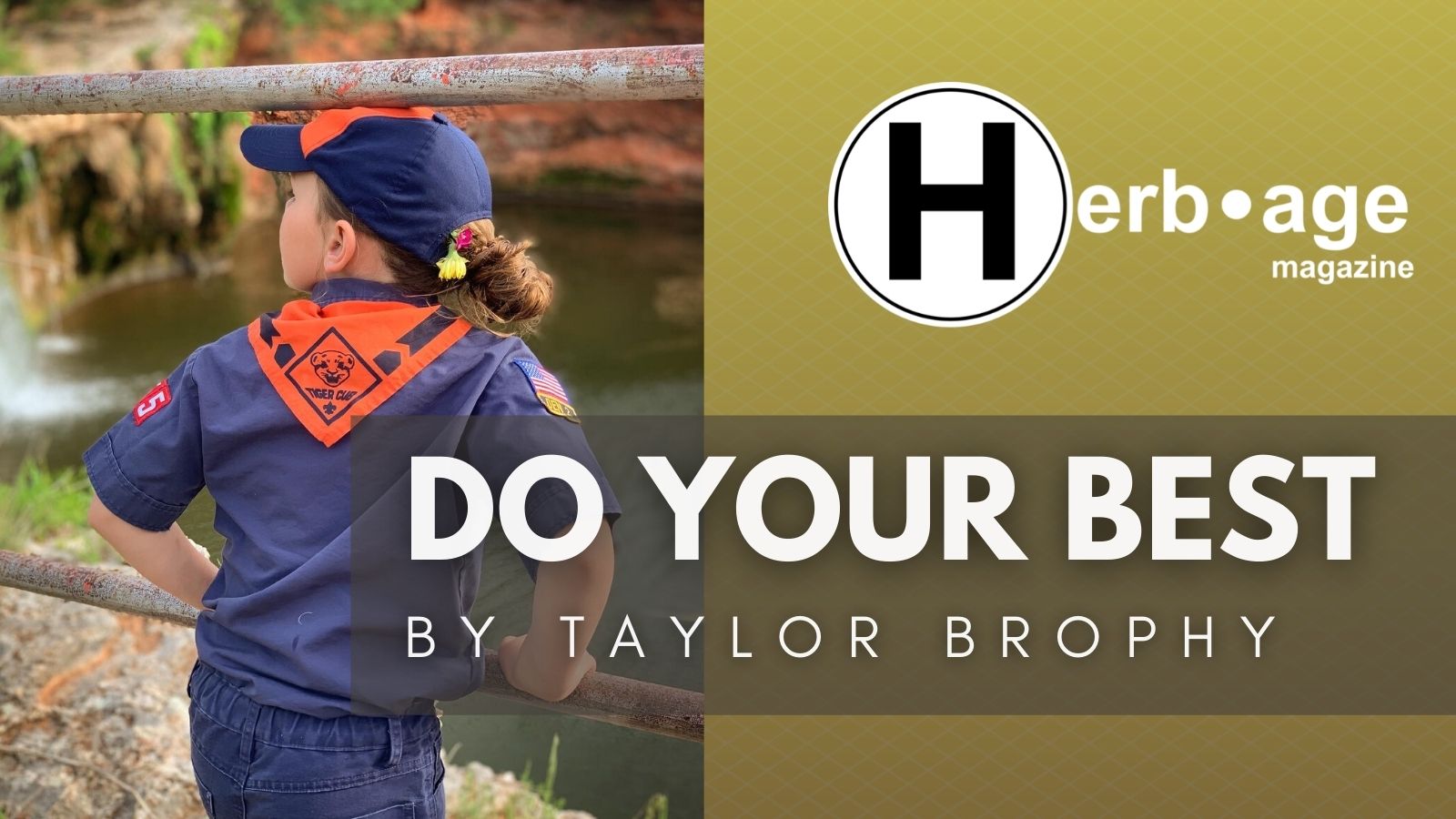 My daughter begged me to sign her up for Cub Scouts. There were girls on the flyer, and it honestly looked like something she would be into so I said, “Why not? Let’s go!”

She was over the moon excited, and because she was so happy my momma heart was smiling. The sign-up station was outside, (because, yah know, Covid) and so of course Emma was running around trying to find as many bugs, birds, frogs, and other lifeforms as she could. I was halfway through  filling out the registration form when I noticed there were no other little girls around, so I asked, “What is Cub Scouts?” The designated parent that was there for sign-up day explained the basics of what the kids do in the program. I listened and nodded, trying to muster up the courage to ask, “So is this Boy Scouts?” The parent laughed and said, “Well kind of.” They explained that in first grade you aren’t considered a “Boy Scout” yet.

You have to be a little older to be an actual member of the troop. Emma would be a Cub, or more specifically a Tiger. I laughed, and explained that I had no idea that Cub Scouts was a lead up to Boy Scouts because the flyer the school sent home showed lots of girls. I knew it wasn’t Girl Scouts, but I had honestly thought that maybe this was some sort of Hybrid. I felt the need to explain that we were not trying to take over Boy Scouts, and that my daughter is simply in love with nature and begged me to sign her up. They reassured me that she was welcome, but the pessimist inside of me was still waiting for the fallout from my baby girl’s decision to become a part of this organization that, for the majority of its existence, has been all boys.

I have been trying to think about what I was expecting from our Cub Scouts experience. I have arrived at the conclusion that I had no idea what we were getting into. I knew very little about the program when we started. If you have never been a part of Scouts, you might not realize how much parent involvement goes into it. I know for a fact that if I had known how much I would be participating I would not have signed Emma up. I will say that not knowing ended up being a major blessing. While I won’t pretend that I enjoyed Scouts from the very first meeting, I will admit that it grew on me. Cub Scouts brought me joy for many reasons. The most obvious being how much my daughter enjoyed it. There is just something about seeing your child happy and excited about an activity that automatically makes you a little more excited to participate yourself. Her excitement is what got us to meetings every week, but what convinced me to sign her up for another year is more complicated. 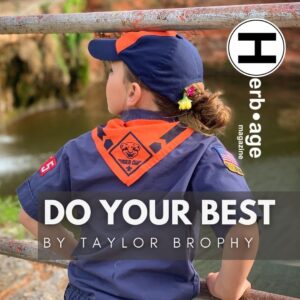 Cub Scouts put Emma right in her element. I watched her bloom in ways that I did not realize she could bloom. I watched her learn the Scout motto, the pledge, the oath. I watched her become serious during the presentation of the flags. I watched her become part of something bigger than herself, and thrive within it. I also watched myself gradually become more willing to get involved. Each meeting saw me come out of my shell a little more. I began talking to the other parents. I got to know them as people. I became more open to forming friendships with them, something that is not a small accomplishment for me. Letting people in is not something I would describe as easy. My perception changed from, “This is Emma’s thing. I’m only here because she wants to do this, and it is my duty to support her”, to being genuinely excited to go on the end of year camp out. I can’t pinpoint when exactly this shift came for me, but I do know that Cub Scouts has had an effect on more than just Emma.

On May 7th, I watched my child graduate from a Tiger to a Wolf. The amount of pride I felt is indescribable, and was unexpected to be honest. I felt so much happiness in my heart, not just for Emma and the progress she made, but for myself as well. Emma and I had achieved so much together on this journey. We showed up to every meeting. We went to extra activities with our den. We learned rules and guidelines that we had not previously needed to learn. We went camping overnight in a place we had never been. We learned how to play marbles, and how to make a bag to hold them. We met new people whom we might not have met if it were not for Cub Scouts. We became part of an organization that I would have never imagined being a part of. All of this because my little girl wanted to learn about nature and all life that inhabits it.

I was not anticipating the guidance my daughter would get through this program. I knew there would be people there to teach her things, but the overwhelming support was unexpected. The day following our end of year camp out was filled with a lot of new experiences. Emma learned how to shoot a bow and arrow. She actually hit the target a few times too. Her and I both shot a BB gun for the first time. It was unexpectedly empowering, and something I would like to do again. She watched as an older scout worked to make a fire using twigs and dryer lint. By the time we got to the wrist rockets, or as you may know them: slingshots, Emma was exhausted and hungry.

When she wasn’t able to make the wrist rocket work on the first try, she became frustrated. She said, “I can’t do it. It’s too hard.” I went into mom mode automatically. I encouraged her. I told her to keep trying. I explained that most people are not able to learn a new skill on the first try. None of my encouragement or brave words worked. She became more and more upset and frustrated until there were literal tears rolling down her cheeks. I had no intention of letting her walk away from the slingshot station until she had at least completed the task once, but I’ll admit, I was starting to get frustrated with her and her tears. Just when I was about to lose my “nice mom” tone of voice the instructor swooped in. He had a calming presence about him. For whatever reason he was able to get Emma to a state of mind that would allow her to give it another go. Patience radiated from him as he gave her tips and encouragement. Finally, she shot the target.

As we walked back to the meeting area together, I put my arm around her. She was still exhausted and tired, but now she had a sense of accomplishment that comes with completing something you previously thought impossible. As she ran to meet back up with the rest of her den, she shouted, “Guys I did it. I hit the target!” The instructor had given my daughter ten extra minutes of his time, but she left with a lesson that is not always organically learned. He made her promise to never say “I can’t” again, and reminded her that the Cub Scouts motto is “Do Your Best!” Would she have learned to persevere in some other stage of her life? Absolutely, but what Cub Scouts has given us is another opportunity to learn that lesson, and to establish it as a foundational skill for the rest of her life.

I often think about how much of a blessing being Emma’s mom is. She has taught me so much just by being in my life. The love I feel for her is overwhelming. I have truly seen how much I am capable of just through the experience of motherhood. What is surprising to me is how she is able to get me out of my comfort zone so effortlessly. If it wasn’t for her desire to sign up, I would have never given a second thought to Scouts. I am so thankful for the opportunities we have been presented with through this organization, and can honestly say I am excited to see what next year has in store for my little Wolf. I am looking forward to watching her grow more and more with each year.