Growing up I always believed my mom made the best creamy potato soup… Until I made this recipe (sorry mom). We won’t talk about which ingredients I had to ditch in order to adapt this recipe to fit my vegan diet but let’s just say it was a large chunk of them. In order to make something I knew I would love just as much as her recipe, I needed to add my own twist.

My favorite argument when someone tries to say that vegan food is boring, is that you have to heavily season a chicken breast (typically with plants) to make it taste good, but herbs and vegetables are already packed full of flavor. So, I just added all of those flavors that I love. I like to change up the ingredients based on what’s currently in season but for this recipe, I used rainbow chard, celery, rainbow carrots, and shallots, in addition to red and gold potatoes, duh.

It’s probably the most colorful potato soup you’ll ever see, and with toppings like fresh dill, sriracha, and medicated beer salt, there’s nothing boring about it…

Get the full recipe here! 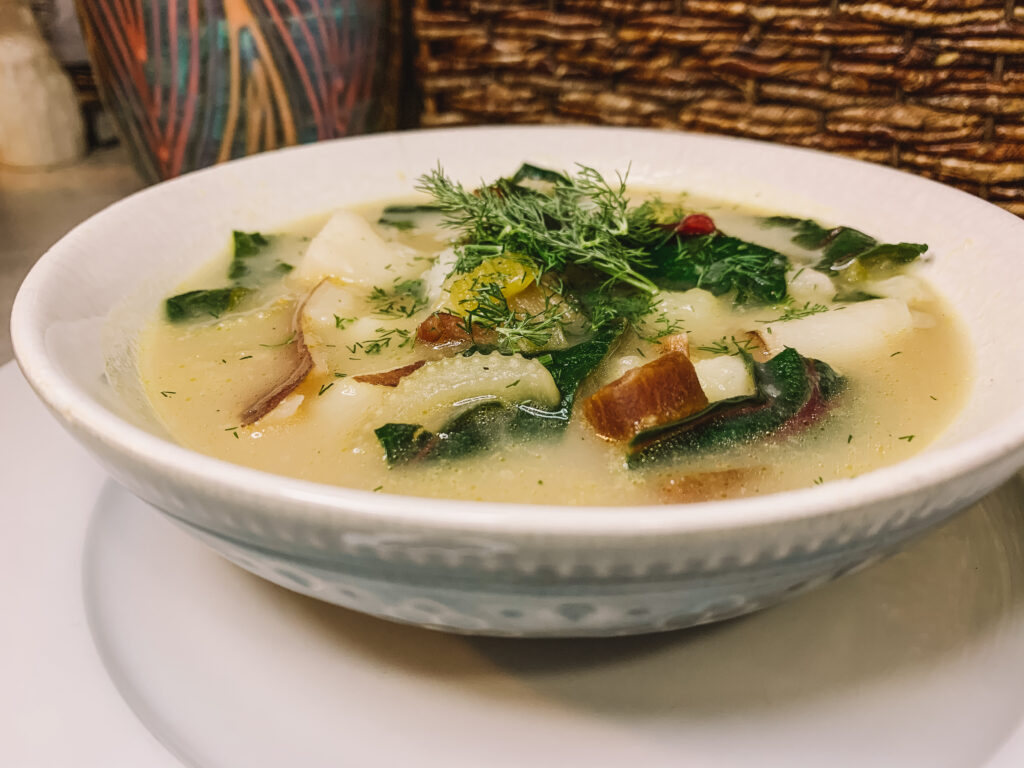