Let’s talk about the side of cannabis that isn’t as widely known. The anxiety ridden mind bending side. Many look at me funny when I tell them that possibility even exists.

“Man, I wish I had your tolerance, that’s what everyone wants!”

Then I watch their faces fall into uncomfortable surprise as I tell them what an average dose of this plant medicine looks and feels like from my particular point of view.

I first began smoking when I was 18. My Dad was no stranger to the stress relieving properties of the magical grass, and he always told me, “If you ever want to try it, try it at home with me, ok?” True to my word, I asked one night when some of my friends were over and had some of their own. Everything was fine. Mind you it was probably the lowest potency shake you could get your hands on, as this was in Texas, twelve or so years ago. I felt a little sleepy but that was the extent of it. 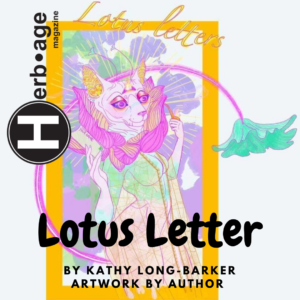 This is how most of my encounters went until the age of 21 rolled around and I had my first run in with a humongous bong shaped like satan. Looking back, maybe I shouldn’t have cleared the entire thing. I remember the strain like a phantom that still taunts me. ‘Train Wreck.’ To make a long story short, I went to Krogers to distract myself, was convinced all two employees at 11:30 at night ‘were on to me’, and concluded that my best option was to vomit like the exorcist all over aisle seven.

Poor guy. He hated me. I could tell as he dead panned me and said: “Let…me get…the mop.”

That was my first unpleasant experience. Not fun, but not mind shattering. I suppose the universe thought it should break me in. Cool. Whatever. Fine.

I had a handful of experiences after that that taught me about dosage and what my tolerance was. I was getting a pretty good hang on things until One day I met ‘Girl Scout Cookies’ by way of a kiss from my now husband, Johnny. I would have thought a second hand toke wouldn’t be too bad. Next thing I knew my Dad was standing in front of me, his face contorting into worry. “Wow, your pupils are REALLY big”

All I can remember is the gaping cloud of fear that engulfed my chest as I squeaked “WHAT, OH NO!!” Immediately after, my spiritual body was ripped from my physical form and I began being thrown into a “whooshing” sensation, three years forward in time. Then I would come back into my body. Then I would “swoosh” three years backwards in time before returning to my physical form. I didn’t get to see any nifty past or future visuals, it was more of an etheric awareness I could measure in terms of ‘time’. Somewhere amidst that sensation my mind threw in visuals from a nightmare I’d had around that time. Shadowed demonic dogs that took bites out of my forearms like bubblegum taffy.

It went on for what felt like hours, but was probably more like fifteen minutes. With each return to the present awareness, I would realize I was still crying and holding onto Johnny’s pant leg while begging him to not let ‘them’ take me away again. Who were ‘them’ you ask? I have no idea, and that creeps me out just a little more when I think about it.

It felt endless not only for me, but my partner as well. In another present blip of awareness he touched my shoulder and told me to find an anchor. Some kind of mode to distract myself. I just sobbed because he sounded like he was underwater, and it only made everything seem more broken in my then fractured mind.

“Draw it, babe!” he urged.
I blinked as something clicked into place.
“Draw it?” I repeated.

Then my focus started to funnel like tunnel vision towards my sketchbook, instead of dragging me off again.

“Take everything you’re experiencing and put it on the book instead of on yourself,” he said.
He was brilliant. I nodded, as hot tears ceased their falling. Pen in hand, I just started scribbling  shapes, and words, anything that came to my perception. They were barking mad, but at least they were something. Not some psychotic jumble of fear and confusion.

It took another ten minutes, but I’d successfully drained the last lines of madness onto the page. All that remained was exhaustion, which I happily allowed to throw me into a nap.

I had one more experience like that, but less severe. I don’t remember anything about the strain except for the fact that it was different from what had me time traveling. I’ll tell you one thing though, it was enough to have me back off from THC and start asking questions. What is the purpose of THC for me? Am I just using it to escape aimlessly or is it actually benefiting me? Why did this uncomfortable reaction happen to me, but not most others? Was there a reason? Did it actually happen to more people than I was aware of? Actually, YES. It did! Working in a dispensary with a CBD section has led me to meeting many patients with similar issues.

I’m not a licensed authority on mood disorders, but I know that my mother has the same issues with cannabis, as well as my grandmother. Her side of the family has a few members with Schizophrenia among other mood disorders like Borderline Personality Disorder. It’s in our blood line, regardless of us not actively having signs or symptoms. If you have ever experienced similar situations to what you’ve just read and are curious, hit up google for some interesting studies! Discern for yourselves and I wish you all the best in the great quest for understanding.