The Art Of Producing Dreams

Chad Mathews can’t get it out of his blood. Ever since he was a young boy growing up in Bethel (Ok.) being some kind of artist has been his No. 1 dream.

Whether it was writing, painting or playing his guitar, Mathew’s creative side has always been the part he identified with the most. But he had no game plan on how to make those dreams come to fruition.

“I wanted to be an artist, I think, was the first thing, a musician,” Mathews said. “But I never really, I guess, pursued that seriously until I got a little bit older. Then, I just kind of landed in marketing. I think it was the least amount of math I had to do to graduate. So, I went with a public relations/marketing kind of track.”

Now, at the age of 49, and the marketing director for the Grand Casino Hotel and Resort, Mathews is tasked with finding new acts in Oklahoma and providing them an opportunity to showcase their talents.   Mathews produces a show called ‘Play it Loud’ for the Grand Casino. With it, he and his production partners feature up-and-coming Oklahoma musicians.

While he was unable to avoid arithmetic, Mathews did find an outlet for his artistic side with Play it Loud (playitloudshow.com).

“That’s been pretty successful,” Mathews said. “I fulfill some of that artistic side where I get to be involved in that and produce. So I’m highly involved in the entire production.” 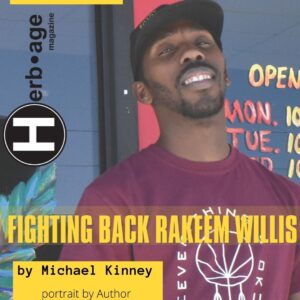 With Play it Loud in its fifth season,  Mathews has found a vehicle that allows him to give back not just to the younger generation of musicians, but also to his home state, which he feels gets overlooked in the world of music.

“I think there’s so much talent around. I always say talent is kind of ubiquitous,” Mathews said. “It’s always who gets seen kind of a deal. You know, there’s so much around, and so much noise around, and so much to see these days, it’s hard to get a spotlight. So I felt like we had the platform to do it and have been able to do that for quite a while. So there are four episodes a season or whatever the math is on that again. We are trying to get people out there, showcase their talent, and give them a platform. They are given an opportunity to do something that they may not otherwise have an opportunity to do. The casino also uses it as a part of their branding. So we’re actually putting out paid marketing for every episode and kind of partnering that way. We’ve done pretty well with it.”

Doing well is an understatement. Mathews’ work on his web series, “Play it Loud” earned him a third regional Heartland Emmy.

“It was for one of the episodes in the Interview Program category,” Mathews said. “The Play It Loud program that we do is kind of a combination between Anthony Bordain meets Austin City Limits. It’s an interview style with the local musicians, telling their story and showing their talent. It ties back to the casino when we bring them back in to do a live taping on our event center stage here at the casino.”

Yet, Mathews said his greatest rewards come from the artist. He knows how hard they work and the sacrifices they make for their craft. So when they express gratitude for everything that Mathews and his partners do for them, it means something special.

“Since we have the support of a marketing department through the casino, we were able to offer a larger platform and push the message a little further,” Mathews said. “The artists get billboards, they get print advertising, they get television commercials for their episode in local Oklahoma markets. Their faces are on billboards as people are driving through Oklahoma City, and that seems to be the biggest one. I get messages from people all the time like, “Oh my gosh, I saw my face on a billboard. That’s crazy!” We elevated that and it has proven to have helped the casinos brand.”

Mathews will admit he sometimes wonders what that spotlight would feel like on him. He continues to find roadblocks in his path.   However, this time around Mathews is the one putting the obstacles in his own path. While he can stand in front of thousands of people talking about other musicians and artists, when it comes to showing off his own work, lack of confidence has hindered him.

“I’m not going to lie and say that it’s not nice to be seen. I’m not generally one to go out and scream from the rooftops. So I guess that part of it’s a little uneasy for me,” Mathews said. “I like the recognition, I guess it does make me a little uncomfortable. So maybe it is kind of a way for me to vicariously experience that by helping other people stand on the stage. I’m not afraid of getting on a stage and talking in front of people and interacting with a crowd or an audience. But I don’t know about the whole being the front man.”

Mathews said he hasn’t given up on that part of his life. He enjoys creating and being artistic. He recently completed a screenplay which has been recognized in the screenwriting competition called the Nicholl Fellowship. His submission made it to the top 50 out of 8,200 total scripts.

Mathews plays his guitar, paints, draws, dabbles in photography and several other artistic endeavors. He is waiting for a sign, so to speak, to let him know which way he should take his talents.

“I’ve got an asset because I create things.  Like my script that I have, I’m considering pushing that out more to see what opportunities it might lead to. It’s a pretty solid piece of work,” Mathews said. “If somebody were to come to me and say, “Hey, we like what you wrote. Would you write something else?” Then maybe that’s something I would consider. I just fall into the work that I’ve done, and continue to put the work out there in whatever capacity I can. Just see where it leads. I enjoy doing all of it. I’ve never focused really heavily on monetizing it.”

Like many people across the globe, COVID-19 forced Mathews to sit back and reevaluate his life, his career and what he wants out of it.  Mathews said he is at a crossroads. He believes if he is going to make something happen, he needs to do it soon.

But until that happens, Mathews continues to craft solutions for the dreams of others to come true. 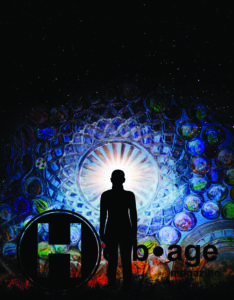